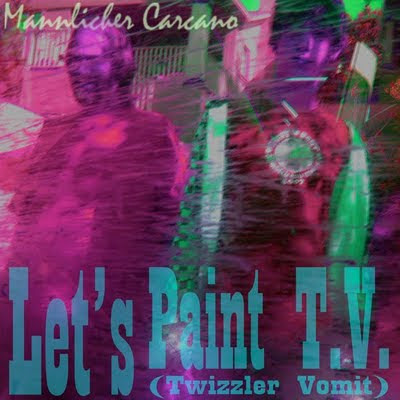 "My article on the LoK8Tr project took me to Guelph, Ont., last Saturday and live on the radio. I met Porter Hall, the host of the Mannlicher Carcano Radio Hour, at the University of Guleph campus radio station. He arrived just after 3 p.m., a few minutes after the scheduled start time for his weekly show on CFRU. As the automated public-service announcements, commercials and eventually the show’s intro were being broadcast, Porter Hall hooked up a sound processor and unload his backpack. The bag held a bunch of cassettes, including a Musicworks compilation (No. 28); a Buddy Greene record called Praise Harmonica (”sappy Christian tunes,” Porter said); ukulele player Tiny Tim’s 2nd Album; CDs, some with spoken samples that Porter had compiled; and a collection of instruments, such as an electronic toy piano (Piano Fun!), a trumpet mouthpiece on a 1/4″ piece of PVC pipe, a McDonald’s Happy-Meal prize that went “boing” and other hose-y bits. There was an electric toothbrush in that bag, but Porter didn’t bring it out for the show.
“My bag of tricks changes over time,” Porter Hall said."

Read the rest of "An Afternoon with Mannlicher Caracno" here

Image from the forthcoming CDR Let's Paint TV (Twizzler Vomit)
at 9:31 AM No comments: