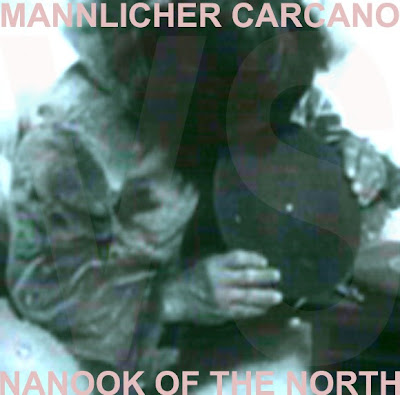 "TIA MAK (2007, live performance, color, sound, 15 min)
A live remixed performance of "Nanook of the North," Tarr un-edits and reconsitutes the shots from the original film, then recreates a new landscape and invents a new narrative with each show.

Simon Tarr is an artist, writer, and educator in South Carolina. He made his first movie at the age of eight using a strip of film fashioned from sandwich bags taped together, with spaceships drawn on it. The projector was a shoebox with a lamp in it, the lens was a magnifying glass on the end of a toilet paper tube. The movie premiered on the wall of his bedroom, where the film melted after a few seconds.

In addition to his films that have been screened in hundreds of film festivals on every continent (yes, even Antarctica), he creates live video shows and immersive environments that he has performed at Carnegie Hall, LaMaMa and around the world from Tokyo to Cairo. His newest compilation of films, DISCORDIA, will be released in January. Tarr is an associate professor of art at the University of South Carolina ."
-from a Los Angeles Filmforum PR, July 2013


WHY THIS PUBLIC OUTCRY? Fans of the improvisational audio collage group Mannlicher Carcano point out that that august collective has been un-editing and reconsituting the shots from the original film, and recreating a new landscape and inventing a new narrative with each show since 2004! And not for no measly 15 minutes, I tell you what!

MC on 45 on LAFMS Cassette Compilation!! 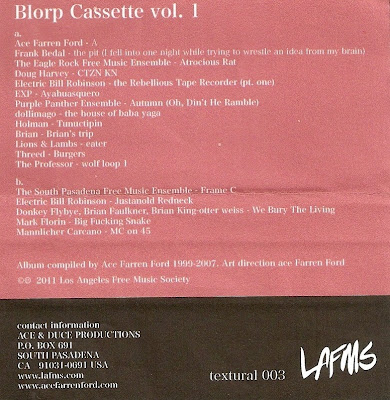 The pot of gold at the end of an experimental sound rainbow! An old chestnut rears its ugly head just in time for the lo-tech industrial DIY disco revival's late decadent phase!
at 1:13 PM No comments: