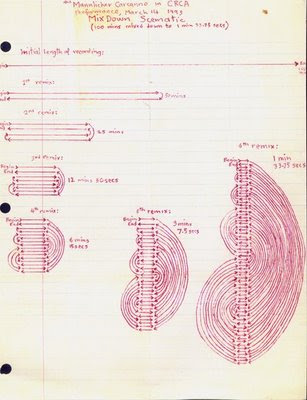 Here's a link to this week's show - another all-telephonic Happening/Hall duet, with a couple of minutes of premature discojaculation from the jungle buddy that follows. In memory of devoted Mannlicher fans Allan Kaprow and Manny Farber, we have added more cowbell to our less than two-minute reduction of a 100-minute-long recording from our 1993 performance Regicide and Dispersion at UCSD's Center for Research in Computing and the Arts entitled Condensed Cream of CRCA.

Above, Porter Hall's schematic diagram for the reduced recording. Click on image for larger view.
at 4:26 PM No comments:

As Promised, the Meeting of Two Great Canadian Musical Legends

This one didn't turn out so well as the last one; you can almost hear the software crying...

...though "Once my pants are on I make gold records" should be the title of a Leonard Cohen's Greatest Hit anthology! If this recording actually finishes him off, does it still count as a prophetic dream?

PS: If anyone knows an easy way how to download and save this kind of audio file, make a comment!
at 9:08 AM No comments: 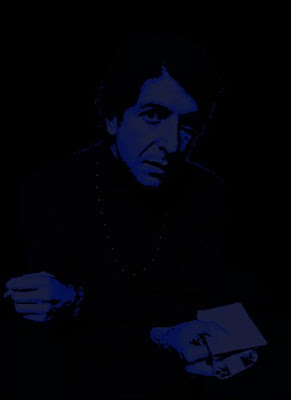 I dreamt this morning I was saying Goodbye to Leonard Cohen, and that he was dying. It was a weird-feeling dream so I googled him to see if he had died at the exact moment of my dream or what. Found out he's 74 tomorrow. Go Lenny! I'll see if I can add more cowbell to MC's cover of Suzanne and link it up here for the occasion. In the meantime, this week's show is available for download here -- if you look for it on the cfru archive page, it's the 12 noon - 1 PM slot usually occupied by Sound Magic, as we were bumped forward by the Gryphons game. Just Porter and Really on this one, kids.
at 11:22 AM No comments:

Click on each image to see a large screen-res version. 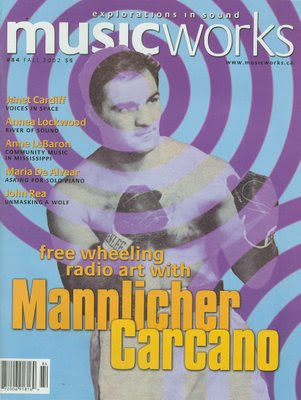 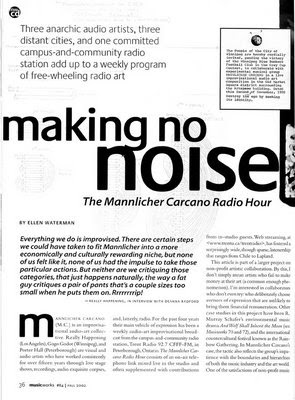 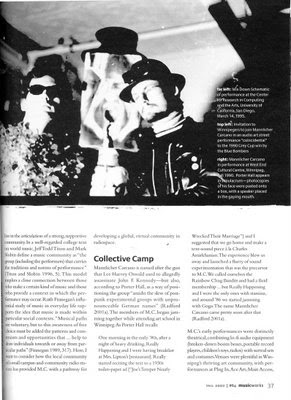 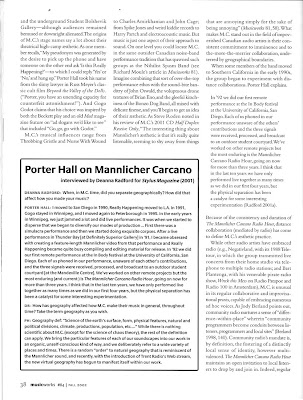 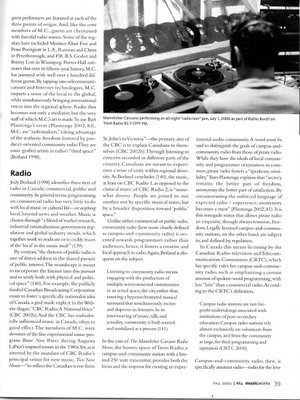 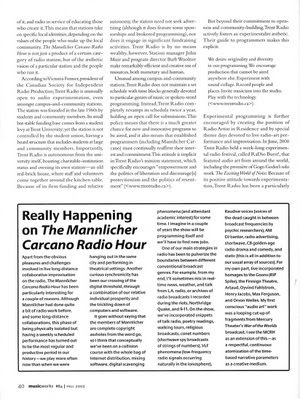 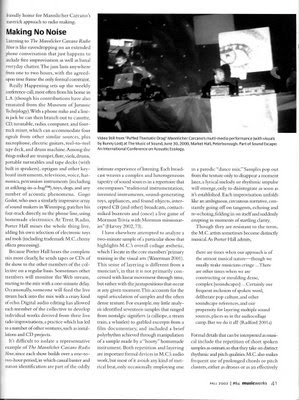 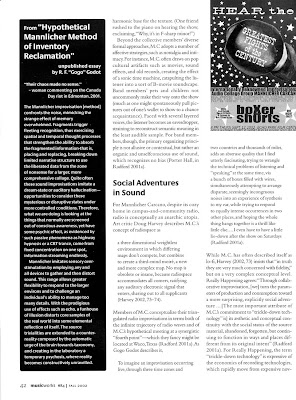 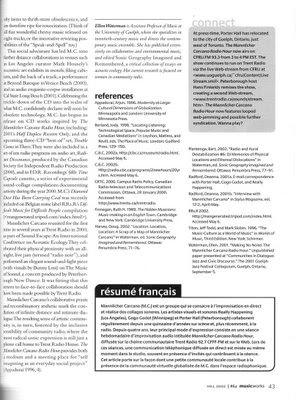 Porter Hall in Montreal (not Ottawa) 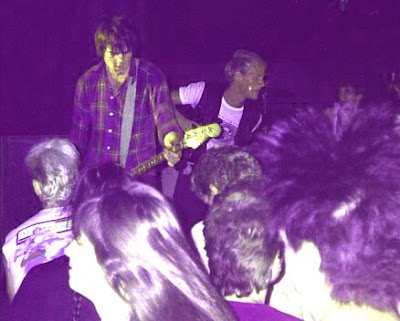 Here is a link to the first radio show after Porter Hall's recent relocation to Montreal. As such, it is a landmark in the group's history, as no member was actually present in the radio station for the broadcast, though of course adjunct MC faculty Fez & Boston Carlyle worked the board and threw in their two bits.

Funny thing about the above picture. I typed "Porter Hall" in for the google image search, and this was one of the first things that came up, with a caption reading "Porter Hall at Carleton University in Ottawa Friday, September 13th, 1985." At first I thought it was a Canadian band named Porter Hall, but quickly surmised that it was, in fact early 80s Ottawa punks the Randy Peters and that "Porter Hall" is a building on the campus of Carleton.

The funny thing is, our Porter is supposed to hook up with a couple of old friends who now host the Harvey Christ Radio Hour (a live weekly radio show heard every second Tuesday night 11-12AM EST on CKUT 90.3 FM in Montreal) but were also among the lucky few who witnessed the very early days of Mannlicher Carcano. I am referring of course to Reverends Norm (Jan) Desrosiers and... Randy Peters! These are the kinds of amazing coincidences that Improvisational Audio Collage is all about!
at 12:26 PM No comments: